Escape Takshi is a solo project developed in four days for itch.io’s “A Game By Its Cover” game jam.

The game was initially influenced by a piece of cartridge art, which lead to the idea of creating a cops and robbers chasing sequence. Accordingly, mechanics were designed by borrowing elements from old top-down driving games and bullet hell shoot em’ ups.

The result is a quick, arcade-inspired game in which waves of police forces attempt to stop the player from escaping. 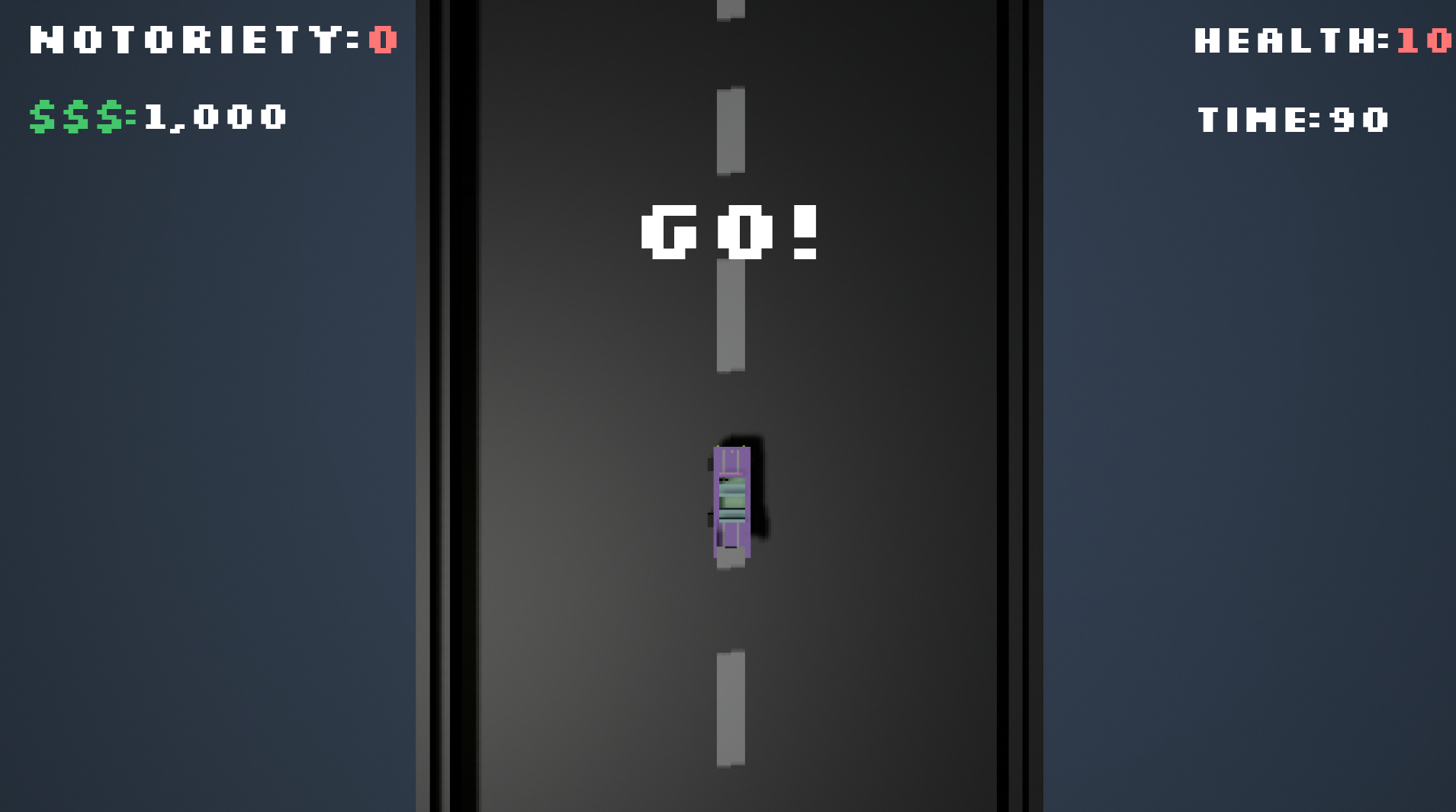 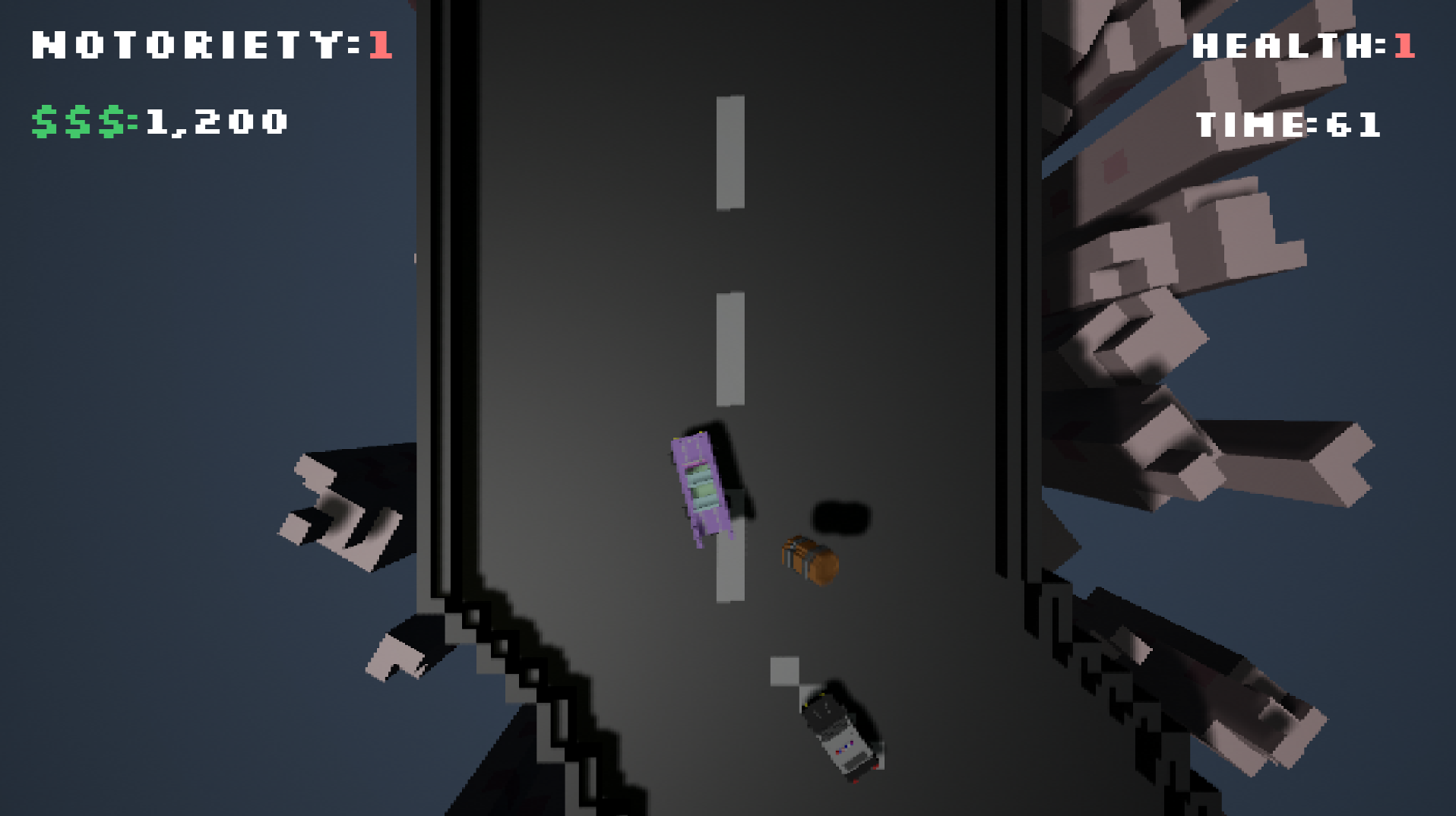 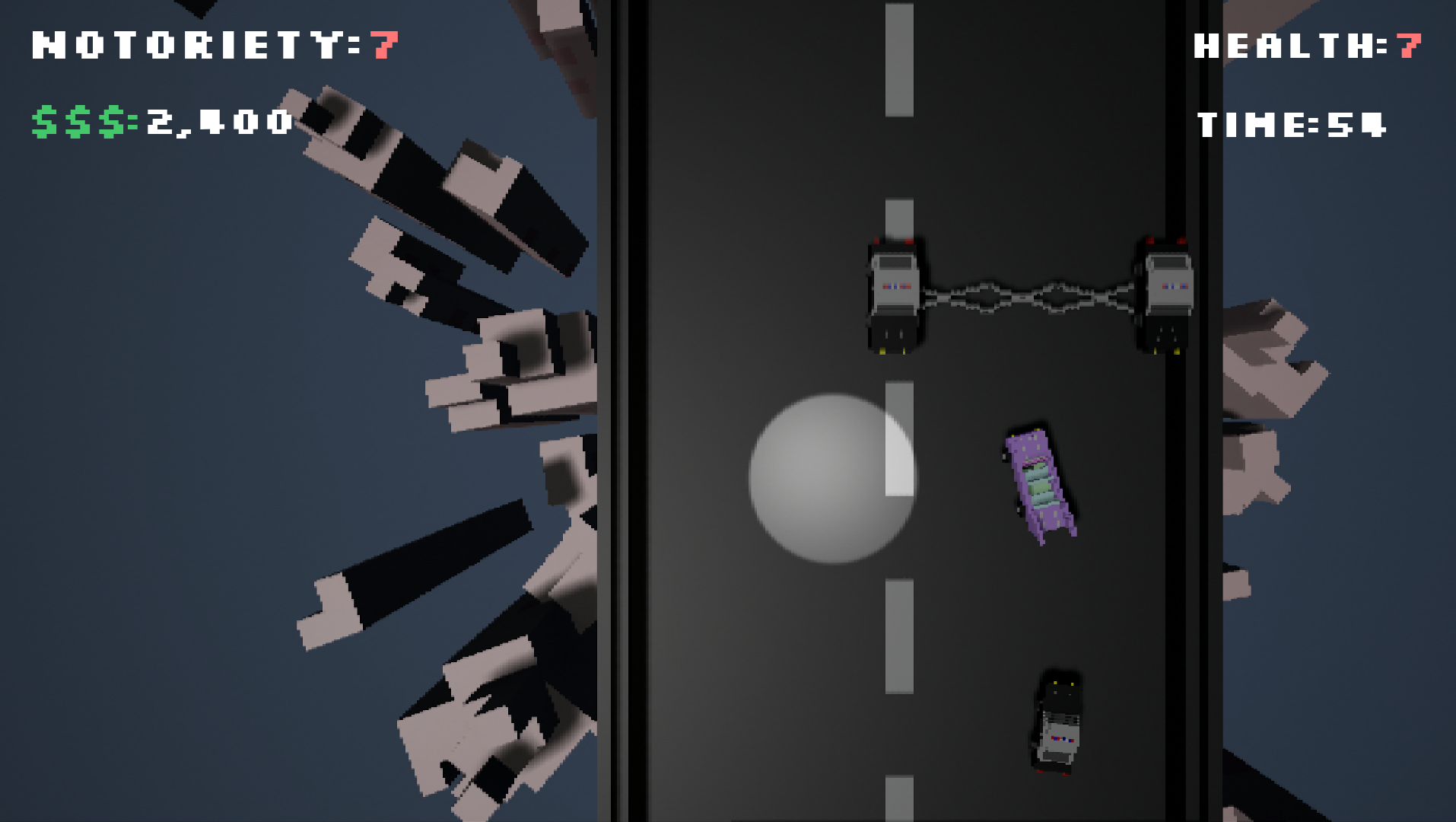